Technomark engraves a bicycode on your bike at the FUB show in Le Mans!

Technomark engraves a bicycode on your bike at the FUB show in Le Mans!
Do you want to do a bike marking for free? Come at the Technomark booth! From May 10th to 12th 2019, the 19th Congress of the French Federation of Bicycle Users (FUB) will be held at Le Mans. 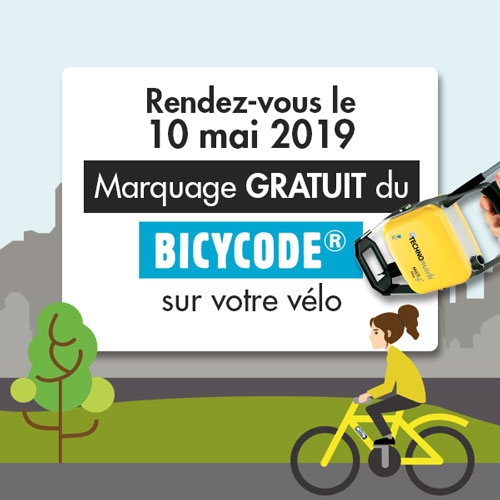 On Friday, May 10th more than 300 people will meet, including elected representatives, technicians, experts, cycle professionals, specialized press and representatives from the world of associations, to talk about cycling! On Saturday, May 11th and Sunday, May 12th, the FUB will hold its Annual General Meeting as well as its Association Forum

In France, the number of bicycles stolen annually is estimated at around 400 000. Only 150 000 are found and only 2 to 3% returned.
To solve this problem, the Bicycode was created. It is a code written on the frame of the bicycle, which helps to fight theft.
In other European countries, this service, set up by the FUB, has reduced thefts by 30% and allowed 40% of stolen bikes to be returned to their owners. 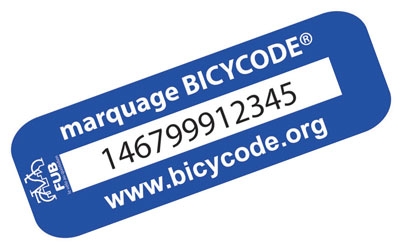 The purpose of the Bicycode is first to deter theft through the visible application of a sticker on the frame of the bicycle. Currently, of the 85,000 bicycles engraved in France, only 3% are stolen each year. If the bike is found, the system can quickly identify the owner, even months after the offense.

How does bike marking work?

The marking is done by micro-percussion, with our Multi 4 Mini industrial traceability machine on the frame of the bike, whether steel or aluminum. Bike marking is often done on the seat tube because it is thicker. 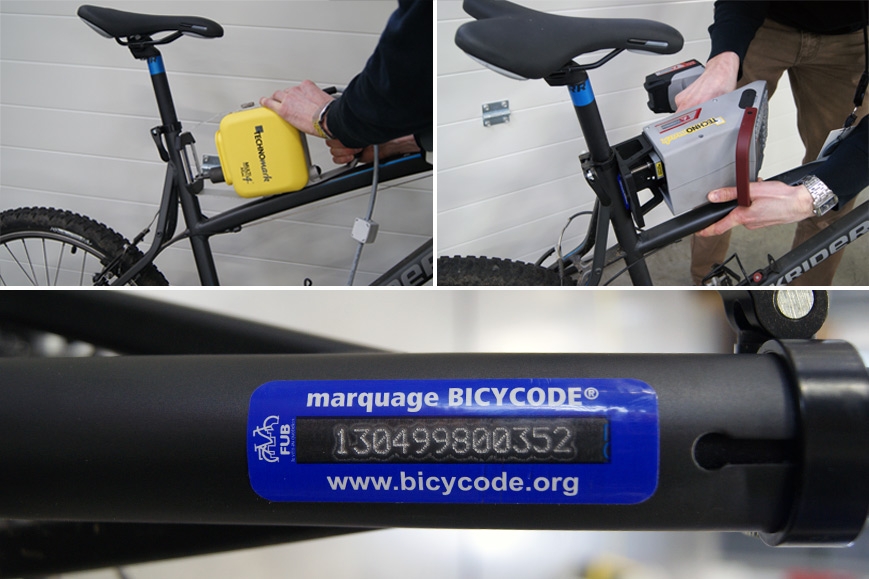 Once the marking is done, an anti-corrosion sticker is placed, improving the protection and marking of the engraving. A bicycle passport, mentioning the password associated with the unique serial number will also be provided.
Find our stand outside the Palais des Congrès and Culture! (Rue d'Arcole - Le Mans) (Rue d’Arcole - Le Mans)
More information:

Trades
Back to News